I figured you know what, let’s drop a video tonight! I got “Gas Station” ft. Known (@knownrecords) for you.

Posted in Artists I Listen To, Blog, Music Videos | Leave a comment

Blood Lil bro doing his thing south west Philly, we here that’s all I can say Hero The Valiant has his video shoot this Thursday. I myself will be in the studio tonight latest tomorrow night the city working … I’m glad, I see other cities unite and work together. Philly never really been on that type time, but now is the future and the sun is shining! Let’s get it #600

As you may already know, my group Kings of Dreamland is back! Here’s our first single and official video off the new album. It’s called “Dope”. 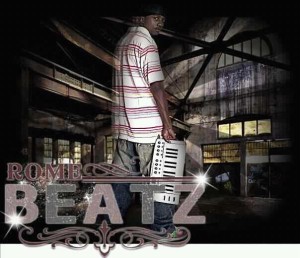 The official video for “Ghost” (The Romey Rome Beatz tribute song) by Yun6 Canon, Ca$hdew, and Holliwood, Pennsylvania just got completed. There are some live scenes mixed in with videos from the past. This song is really personal for all of us. It combines anger, sadness, and reminiscing over the memories we shared with Romey Rome Beatz.  RIP to my main producer, my District soldier, a big part of my FAMILY!  There are excerpts from Matt Bible’s poem, “NEVER FORGOTTEN” at the end of the video as well.

Here’s a new video I’m in as a featured artist on Bentley Bucks’ upcoming mixtape.  It’s showing you everyday life in Southwest Philly.  NO filters, NO BS, NO stories told by corporate run rappers who never lived this lifestyle!

Aspiring hip-hop artist, Yun6 Canon’s release of his newest album, Finally Made It – Vol. 1 launches with the premiere of two music videos by District Entertainment. “Just 4 Yu” is a heartfelt song, and it is the lead radio single off of Finally Made It – Vol. 1. The music video stars Yun6 Canon and Sol Salcedo. The two capture the essence of love in a Tour De Romance. the first gaze, these two grow together in the allure and vigor of love.

This is the very first track off of Finally Made It — Vol. 1. The lyrics display a raw and gritty introduction to Yun6 Canon’s life growing up in South West Philadelphia. The instrumental by Romey Rome Beatz gets you energized, and Yun6 Canon’s knack for storytelling draws you into his world as if you were standing right by him through the situations he went through. The music video stars Yun6 Canon.